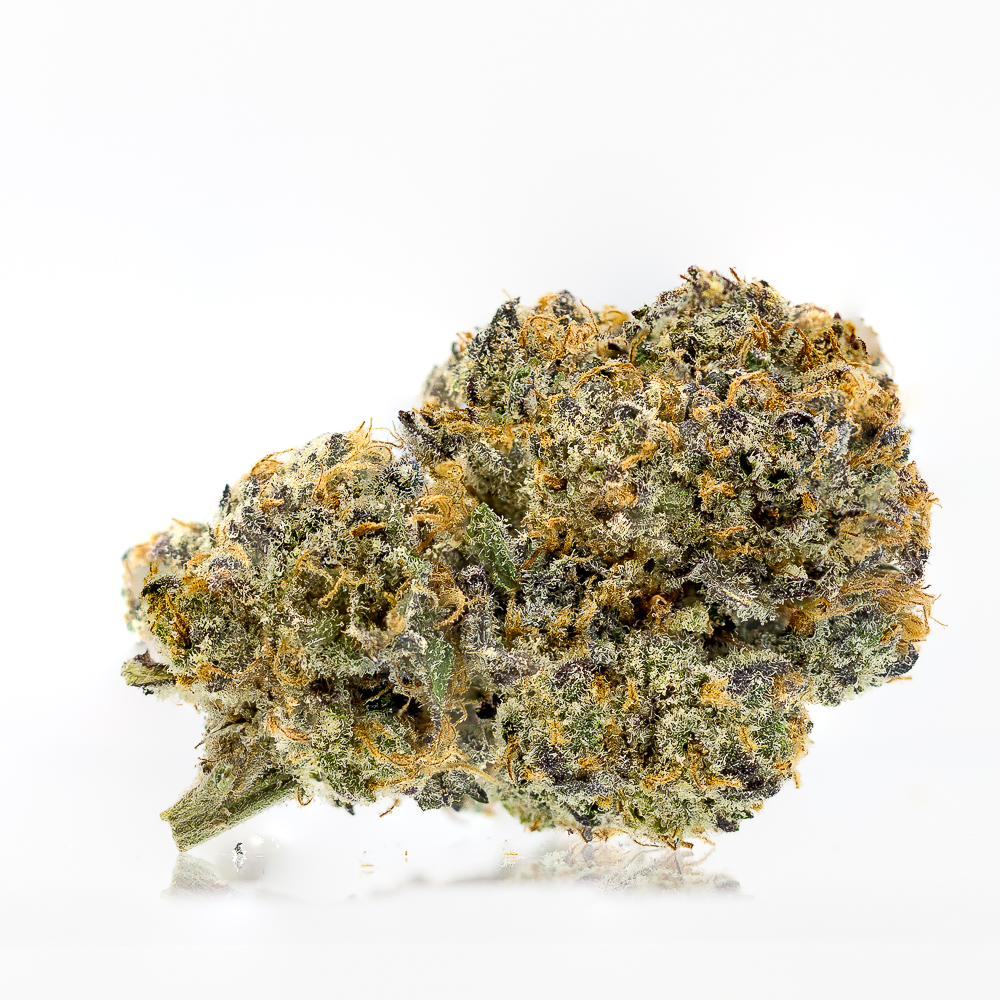 Phantom Cookies is a sativa-leaning hybrid with prestigious genetics and a standout flavor.

This strain doesn’t just have visual appeal; its buds also give off a pleasantly fruity aroma, with notes of citrus and berry. A second whiff of Phantom Cookies may also pick up on an earthy, woodsy scent. When these flowers are broken apart of ground up, they may smell somewhat sour or even skunky. Burning the strain, meanwhile, gives off a thick, harsh smoke that may cause coughing or watery eyes. On the exhale, this smoke has a sweet and earthy finish.

Like many other sativa hybrids, Phantom Cookies begins to take hold shortly after it’s consumed. Within minutes (or sometimes before they’ve even exhaled), users may feel a heady buzz characterized by physical tics like some flushing in the cheeks or a twitching in the temples. The strain’s onset also comes with a marked increase in cerebral thinking; ideas that might not otherwise command much attention may seem to take on a new gravity or intensity.

Although its mental stimulation allows for productivity on both personal and work-related tasks, Phantom Cookies is taken over by more of a physical high after a little over an hour. At this point, smokers may feel a release from any lingering muscular tightness and might just find themselves able to breathe more deeply and easily.

Phantom Cookies also has several medical applications to complement its recreational ones. The strain’s initially cerebral feeling can help those with attention deficit disorders to concentrate on single tasks. This bud’s mellow vibe can also temporarily distract from the difficult symptoms of stress and depression.

Please confirm you are 19+ years old.